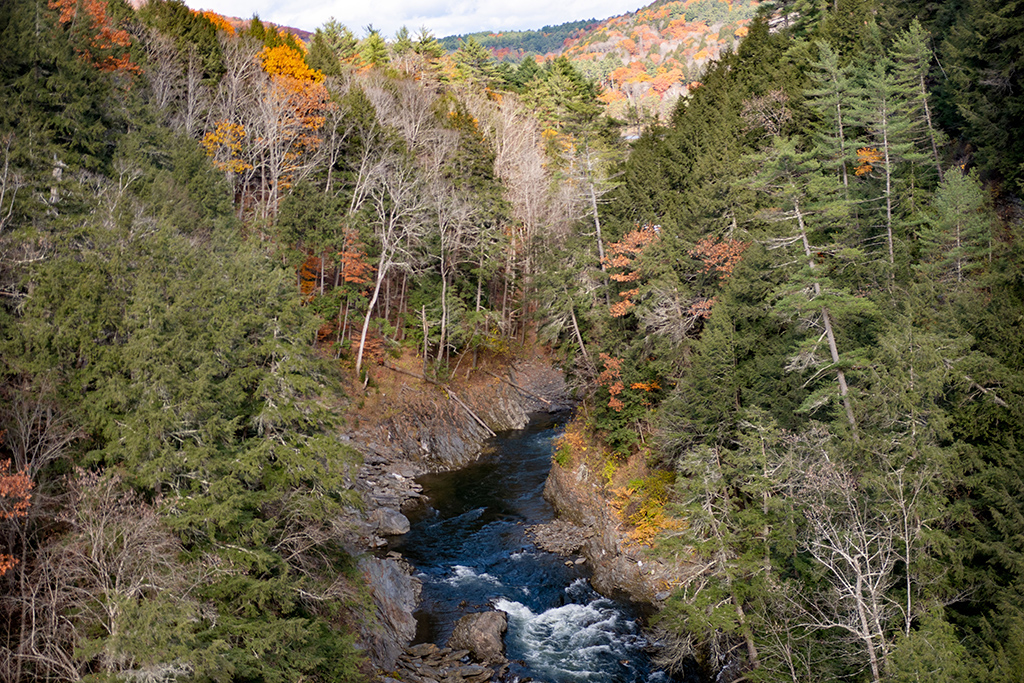 Quechee Gorge is a magnificent 165-foot-deep chasm that was sculpted by glacial activity some 13,000 years ago. Flowing through the 3,000-foot-long narrow gorge is the Ottauquechee River in Hartford, which winds through Windsor County and eventually feeds into the Connecticut River.

Quechee Gorge, which is part of Quechee State Park, is Vermont’s miniature version of the Grand Canyon. This popular scenic attraction is also Vermont’s deepest and longest river gorge.

Incredible (and a bit dizzying!) views of the gorge can be seen on Route 4 from the Quechee Gorge Bridge, which was built in 1911 and is the oldest standing steel arch bridge in Vermont.

8 Reasons to Love the Month of May in Vermont