For a small state, Vermont is big on trails. The Long Trail, Catamount Trail, and Kingdom Trails are among the state’s most legendary areas for hiking, backcountry skiing, and mountain biking. Fortunately, access to Vermont winter trails can happen without going to a ski resort or traversing the backcountry. The Green Mountain State is home to a variety of smaller Vermont winter trails and trail networks offering snowshoeing and cross-country skiing.

Try these 10 lesser-known Vermont winter trails and trail networks, which are available to explore for free or by donation. Family-owned Silloway Maple, established in the 1940s, keeps its sugarbush trails open to the public year-round. The trails are used for sap line maintenance between November and April, and public winter trail use is recommended mainly for snowshoeing and occasional cross-country skiing.

Winter hours are Monday to Saturday from 10 a.m. to 5 p.m. Check in at the sugarhouse to find maple syrup and products when you arrive. Silloway Maple also offers free samples and sugarhouse tours. (1303 Boudro Road; Randolph Center; sillowaymaple.com)

The first trail was created in the early 1970s by Hartland resident Henry Merritt, who started cross-country skiing with his daughter from their back porch on a short trail he cut to a neighboring field. Over the past 50 years, new winter trails have been created to establish an interconnected network of multiple loops of varying length and difficulty for all levels. (50 VT Route 12, Hartland; hartlandwintertrails.org). 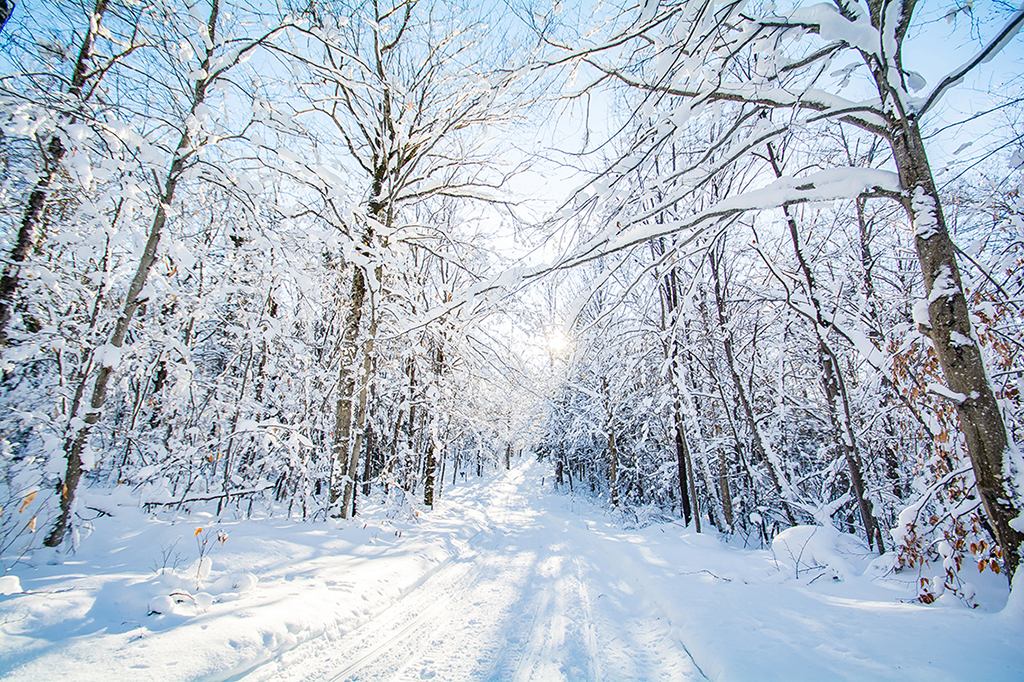 The Trail Around Middlebury (TAM) covers more than 19 miles circumnavigating Middlebury through fields, forests, and along rivers. Maintained by the Middlebury Area Land Trust, the TAM is open in winter for snowshoeing and cross-country skiing. Slate Valley Trails maintains more than 50 miles of public trails in Poultney, Castleton, and Wells. The area offers groomed trails only for fat biking, skiing, and snowshoeing from its Fairgrounds trailhead in Poultney (bare booting is prohibited). Other trails in the system that are not maintained are open in winter for recreation, including winter hiking or snowshoeing. The 36-mile West River Trail includes an Upper Section in Londonderry, Jamaica, and Townshend and a Lower Section in Brattleboro and Dummerston. Most of the trail system is not groomed for skiing. However, the Army Corps of Engineers grooms in the Winhall Campground and along a few miles in the Upper Section.

Upper Section access points include the Winhall Campground and the trail head at the end of West River Street in South Londonderry. Lower Section parking and access is at the Marina Trailhead or Rice Farm Road in Dummerston. (westrivertrail.org)

Hubbard Park is Montpelier’s largest park and dates back to 1899. Located in the heart of the city, the park features over 200 acres and includes more than seven miles of cross-country skiing and snowshoe trails. Visitors will also find a sledding hill and a 54-foot stone observation tower.

The Intervale in Burlington